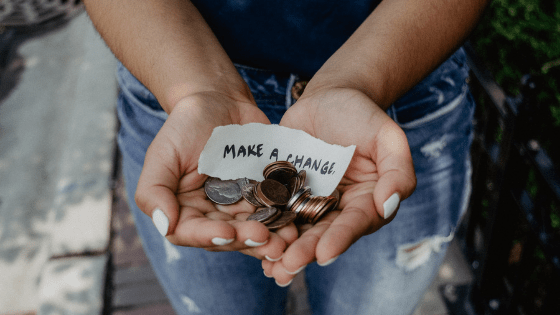 Charity has long been a way to give back to others. There is also a tax benefit that comes from giving. It’s possible to deduct charitable giving from one’s adjusted gross income. However, this deduction only makes sense when itemizing deductions. In the last year, charitable giving across the US dropped.

Charitable giving in 2018 was lower than it was in 2017. This was the first decline in the overall level of charity since the Great Recession. When combining all types of charitable giving, there was an inflation-adjusted decline of 1.7% when compared to the previous year. In nominal terms, gifts rose by 0.7%, a number that failed to keep up with inflation. Gifts from corporations and foundations grew on a year-over-year basis. However, individual contributions to charities dropped by 3.4% in 2018. Gifts by individuals usually make up the biggest percentage of charitable gifts each year so this drop hit nonprofits hard. International affairs charities saw a 7% growth in gifts, and environmental and animal rights groups also saw slight gains. Gifts to religious organizations dropped by nearly 4%, and the United Way saw a drop of 6% in the number of charitable contributions it received.

Why Did Charitable Giving Drop?

Many charitable organizations worried that the tax reform that took effect in 2018 would hurt the number of gifts they might receive. The increase of the standard deduction to $12,000 for a single filer and $24,000 for married people filing jointly greatly decreased the number of filers who could itemize their deductions. This took away much of the tax incentive of giving to charitable organizations. Steve Taylor, a vice president with the United Way, said that the new tax law was primarily to blame for the drop in charitable contributions. He has also noted his belief that the trend will continue into the future. People will continue to adjust their behavior to the ramifications of the tax reform and the higher standard deductions.

Charitable gifts to a number of charities dropped in 2018 while the overall level of giving was relatively flat in nominal terms. Whether this trend will continue into the future remains to be seen. However, many nonprofits see the 2018 tax reform as a reason for concern.

About The Author
Jack Nourafshan is a distinguished real estate development professional, entrepreneur, and President of Reliable Properties in Los Angeles, California. Reliable Properties, which Jack originally opened in 1975, is a real estate acquisition, development and management company. In addition to his accomplished career, Jack Nourafshan is also committed to philanthropy and spending time with his family.